But no need to panic just yet 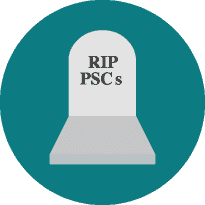 If the Guardian and the Daily Mail are to be believed, government ministers are considering forcing those contractors who work for a client for more than one month, onto the books.

Such a move, similar to the BBC’s treatment of workers, is estimated to affect 90% of contractors and save the exchequer £400 million in lost revenues.

According to the newspapers’ sources the plans could be announced in the Autumn Statement later this month.

Any contractor working for an organisation longer than one month will be considered an employee and it will be businesses themselves, rather than individuals, who would be responsible for marshalling the rules and deducting the necessary PAYE tax and NIC. To assist them in deciding whether a contractor should be reclassified as a member of staff, end clients would be able to refer to an online checklist provided by HMRC. The burden would be transferred to the agency however where the worker is supplied by them.

Contractors working for multiple companies simultaneously or builders doing one job on a private house would be exempted.

Examples of professionals such as lawyers working for one company for a short period of 2 months appear to have convinced ministers that all freelancers should be treated as employees and pay employment taxes. One government source told the Guardian,

“This is about fairness in the tax system. It is just not fair to have people in the same company doing the same jobs paying different levels of tax.”

That statement just about sums up the blind ignorance of some ministers who are incapable of considering the impact upon PSCs of corporation tax, together with the denial of NIC employment allowance, the introduction of the dividend tax and removal of travel expenses all from April 2016.  Furthermore, in most instances the contractor has been hired for their particular expertise and isn’t performing the same job!

Ministers want to see how businesses respond to the proposals at this week’s annual CBI conference before making any final decision. I do not see businesses, who value the flexibility that freelancers provide them, giving this the thumbs up.

Such a proposal would also fly in the face of the comments made in the IR35 discussion document in which we were promised a full consultation should the government decide to proceed with reforming the rules. However, it wouldn’t be the first time the government stabbed the taxpayer in the back.

It is hoped that these reports are more to do with sensationalistic journalism rather than firm concrete propositions but we will all know more by November 25th.