The 2013 Budget will announce new measures to combat tax avoidance through offshore intermediaries.

HMRC estimate that at least 100,000 workers are operating through offshore companies that are interposed between UK workers and a UK business. These companies are often located in tax havens for the purposes of bypassing employment taxes. 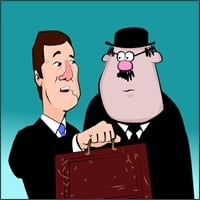 Wednesday's Budget announcement is in response to a £100 million NIC dodge that involved payroll providers in places such as Jersey and Guernsey who targeted those in the teaching, nursing and oil professions, according to the BBC.

Danny Alexander, chief secretary to the Treasury, said that 100,000 individuals using these arrangements might unwittingly be unaware that their employers were not paying over NIC on their behalf which, in turn, may preclude them from receiving statutory sick pay or maternity pay.

Powers to collect full employment taxes for UK workers regardless of where the payroll is located, will be given to HMRC.

HMRC will publish a consultation document in May detailing the new measures with a view to introducing legislation effective from 1st April 2014.

As part of the Government's continuing assault on offshore tax evasion, yet another tax disclosure deal has been agreed with another Crown dependency, Guernsey. This follows hot on the heels of the Isle of Man opportunity and it is expected the Guernsey accord will be similar in its terms.  Guernsey has announced that greater detail will follow in due course.

The Guernsey agreement, although only agreed in principle, will contain reporting requirements for non-domiciled UK tax residents, an amended double taxation treaty and an automatic disclosure facility.

Peter Harwood, Guernsey's chief minister described the deal as one that will “reinforce Guernsey's commitment to tax transparency.”

Have any comments? Why not kick off the discussions!